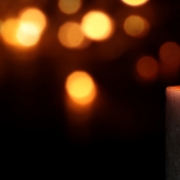 A concerned parishioner inquired about Pope Francis’ latest Moto Proprio, Traditio custodes. This is his mandate that the liberal use of the old-style Latin Mass be curtailed. The pre-Vatican II style of offering Mass was expanded by Pope Benedict XVI’s Moto Proprio Sumorum Ponificum, which gave greater legitimacy and access to the use the Mass prior to the Second Vatican Council. He called that Mass the “Extraordinary Form” and that which is most used, the “Ordinary Form”. Pope Benedict’s pastoral concern was that those who wished to practice the Extraordinary Form not be alienated or estranged from the Church. Pope Francis’ pastoral concern is the popularity of the Extraordinary Form. He fears that its increase in popularity may diminish the Ordinary Form and contribute to divisions. Thus he wishes for there to be greater unity, or at least uniformity.

The point of the inquiry from a parishioner was a concern of our use of Latin at Mass. Gratefully, Pope Francis’ pronouncement has no effect on our worship. Perhaps what we need to understand when we hear the word Latin Mass, is that it is being used colloquially and not accurately. It often refers to what P. Benedict XVI called the Extraordinary Form, but in reality, the Latin Mass is what we celebrate every day at the parish. We are the Latin Rite Church. Our headquarters is in Rome. The language of the Church called Latin is not surprisingly Latin. The issue addressed by Pope Francis has little to do with the use of the language in our rituals, because the template of all our rituals in the Roman Catholic Church is Latin. It is with special permission prompted from the Second Vatican Council that the use of vernacular in our rituals is allowed. But underneath the special permission of a modern language translation is the Latin Rite in Latin. And so, our practice at SSM and SKD of sprinkling some Latin verses here and there throughout the year at various liturgical seasons is a mere homage. It is just pealing back the contemporary extraordinary permission to see the actual foundation of the liturgy.

Speaking of reforming the celebration of Mass, there are some things to be mindful of. A couple of years ago Bishop Burbidge explained that it is not part of the Roman Rite to hold hands during the Our Father. That is, as a community that has a common ritual that bring us together, this gesture is not in common. Perhaps it is a shared and dear custom of your family? If so, I ask that you keep it to your family or those in proximity who shares this sentiment.

Speaking of sharing with your families, we haven’t gone back to the Sign of Peace. One reason is that we must follow the instructions of Bishop Burbidge. That is, it is only to be shared with those from your household. So, for the simplicity of not having to explain that at every Mass, I’m not inviting the congregation to offer the Sign of Peace.

You may have noticed the invitation for new recruits to serve at SSM a few weeks back. Five new boys answered the call. Now, I’m free to give SKD some needed attention. If there are boys in your homes ages 11 to 17, I need help. I’ll train them for an hour or less after Mass on August 15.

There are some topics that I bring up in a Sunday homily every so often that always seem to be of interest and news to many of you. Last Sunday’s Gospel passage concluded with, “The Twelve … anointed with oil many who were sick and cured them.” (Mk 6:13) And so, it was appropriate to speak on a misunderstood sacrament the Anointing of the Sick. The following are catechetical highlights we all need to know about this sacrament.

The above passage from Mark is where Christ institutes the sacrament. The Letter of St. James teaches how the Apostolic Tradition put it to use. “Are there people sick among you? Let them send for the priests of the Church, and let the priests pray over them anointing them with oil in the name of the Lord. The prayer of faith will save the sick persons, and the Lord will raise them up. If they have committed any sins, their sins will be forgiven them.” (Jas 5:13-15)

We keep in mind, though, the reading from St. Paul’s 2nd Letter to the Corinthians, where he spoke of suffering with this mysterious “thorn in the flesh”. He learned from the Lord that “My grace is sufficient for you, for my power is made perfect in weakness.” (2Cor 12:9) Such it is, that suffering, at times, is to be endured.

Regardless of the physical benefits we may or may not receive from the Sacrament of the Anointing of the Sick, a person’s soul is cleansed from his sins and restored completely to the sanctifying grace that allows him to enter heaven. In such a state of grace, the sick person isn’t the only beneficiary. He is now a more effective instrument of grace for others. “The sick person … through the grace of this sacrament, contributes to the sanctification of the Church and to the good of all men for whom the Church suffers and offers herself through Christ to God the Father.” (CCC1522)

The Catechism clarifies that one doesn’t need to be on his death bed. “The Anointing of the Sick ‘is not a sacrament for those only who are at the point of death. Hence, as soon as anyone of the faithful begins to be in danger of death from sickness or old age, the fitting time for him to receive this sacrament has certainly already arrived.’” (CCC 1514) This sacrament isn’t meant to be a one-shot deal like Baptism or Confirmation. “If a sick person who received this anointing recovers his health, he can in the case of another grave illness receive this sacrament again. If during the same illness the person’s condition becomes more serious, the sacrament may be repeated. It is fitting to receive the Anointing of the Sick just prior to a serious operation. The same holds for the elderly whose frailty becomes more pronounced.” (CCC 1515)

I provide this information for your personal edification, but also to deputize you. I need you to call me when you know of a  Catholic who needs these benefits. I still make house-calls.

I hope that everybody enjoyed the Independence Day. We had a very successful gathering of happy parishioners from both SSM & SKD for the Middleburg firework display. We are all indebted to our Fr. Jon O’Brien Knights of Columbus Council. Thank you, brother Knights for manning the grill et al! Additionally, we thank Dennis and Celeste Corrigan and their Mosquito Joe enterprise. I didn’t suffer one irritating bite.

It’s interesting to think of how our celebration of independence depends on so much. Not only did the nation’s forefathers sacrifice so much to provide us a nation free of tyranny, but how much effort did our fireworks depend on freedom from storm, pestilence, or civil unrest? We are rather very much dependent independents. With good reason we safeguard our independence, as we ought to care for our personal health, but we ought never forget upon which so many blessings depend.

Indeed, like a good parent, our providential God wants us to thrive and be happy. As our parents wish to see us fly the nest, God the Father is the origin of independent living. He gave us a free will to accomplish freedom. Yet at the same time how miserable is the person who wants nothing to do with his parents. Perhaps there is the person with good reason never to speak to his parents, yet we all know that there is a bad reason behind that. God never gives us such a reason to cut ourselves off from Him. The present social discord of our society is symptomatic of this separation from the Source of our concord and peace. We do well to pray and put effort into drawing others back to the origin of He Who provides for our independence.

Those who caught my Mass on Independence Day heard this quote from Professor Daniel O’Connor that I think is worth sharing again. “A kite flies high and free, a marvel to all who see it, precisely because it is anchored. Sever this tether, and it quickly becomes just another piece of litter caught in a tree branch.” (https://dsdoconnor.com/2021/06/14/
the-present-new-era-ufos-aliens-the-prophetic-consensus-clarifications-on-my-last-post-and-more/)

Various Incidentals:
There is an abundance of Tupperware and other food containers that have become independent from many of you. Perhaps they can return. If not, they’ll find a home in the cabinets of the Parish Hall.

If you don’t have plans for fireworks this Independence Day, consider the front porch of the church. Middleburg is returning to their annual fireworks display. I invite you all to join me at our church’s front steps for one of the best views of the display without the hassle of traffic, parking, or fees. The Knights of Columbus have agreed to grill hamburgers and hot dogs for us. Feel free to bring a side and beverage. Fireworks are scheduled at 9:15 PM. We’ll start gathering at 7:00 PM.

Speaking of important anniversaries, Bishop Burbidge is preparing for our diocese to mark its 50th Anniversary in 2024. That year and the years leading up to it will have a variety of events and themes that have yet to be determined. Nevertheless, it has come to my attention a significant event that will interest of many of you and for which we should plan. So, I wish to get this date out on your calendars ASAP. On June 25, 2022, Bishop Burbidge is organizing a pilgrimage to Philadelphia to visit the remains of St. John Neuman and St. Katharine Drexel. Speaking of pilgrimages, the diocesan pilgrimage to the Basilica of the National Shrine of the Immaculate Conception is this October 30. More information to follow.

I’ve been blessed as the recipient of many kind and delicious meals prepared by so many of you over the years. Perhaps, you have wondered where you favorite Tupperware container has gotten to. So many of them started to pile up at the rectory before the pandemic that I had intended to try to return them, but then all of a sudden, I no longer saw so many of you. Blessedly, the flock is returning with regularity. If per chance, you think that you have a missing food storage container, please, visit the parish hall where I’ve placed them on the countertop.